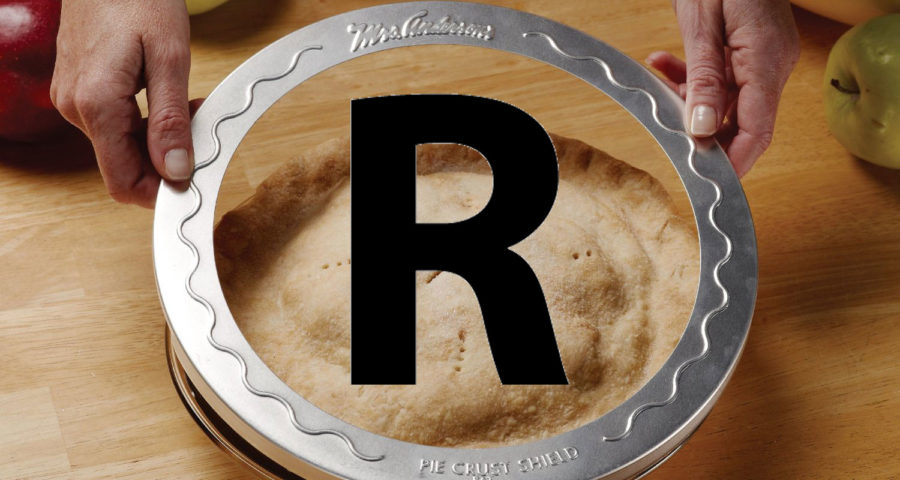 Can you use a trademark as a defensive shield to protect yourself and your business, besides using it to enforce your brand?

Most people think of a trademark as a weapon to prevent a competitor from stealing their customers, ripping off their brand, and taking marketshare. True, that’s the primary purpose of trademark law. But it can also be used as a shield to defend your business from another’s claim that you infringe their intellectual property. In this way, a trademark registration can be thought of as a defensive asset rather than as an enforcement tool. Under federal trademark law, a business can do just that.

A Trademark Registration as a Shield to Infringement

Think of infringement as confusion over pies. You make cherry pies and your neighbor makes apple pies. You both put freshly baked pies in your respective windows to cool, and both emit the sweet smell of freshly baked fruit into the evening air. Your neighbor invited guests over for dinner, but all he told them was to follow the scent of his famous apple pie. As they stroll the neighborhood, they catch a whiff of both far-off pastries, but it’s unclear whether its your pie or the neighbor’s pie they’re drawn to. They follow the scent and it grows stronger. Soon they start to discern a subtle difference between the cherry from the apple, but it’s still not clear. Then they spot a window where a pie is sitting. As they get closer, they can eventually see the pie, and it has a unique crust decoration that looks like an apple cut in half. Now they’re even more sure they’ve come to the right place. Boldly, one of them goes right up to the window, sticks his finger into the flaky crust, and verifies for certain that, yep, it’s apple.

Tarnishment is somewhere in between the distant sweet whiff of pastries and visual confirmation of an apple pie. Your cherry pie might compete with the aroma of your neighbor’s apple, which he uses to guide guests to his home. So if his guests become confused about which doorbell they’re supposed to ring, he might start to get upset. Blurring occurs near the outer periphery of trademark infringement, like where people can smell both your pie and the neighbor’s but they might not be sure who’s pie is who’s. The neighbor might argue your pie’s smell is interfering with attracting his dinner guests, who mistakenly go to your house as the source of the pleasant pastry they’re expecting for dessert. You might arguably be blurring, tarnishing, or otherwise confusing others with your similar baking.

From Pies to Trademarked Brands

OK, so that’s kind of an odd example, but it serves to illustrate the point. Trademark tarnishment and blurring are at the outer edge of trademark infringement—some indeterminate area between no infringement and direct “core” (pun intended) infringement. Direct trademark infringement might be when you add apples to your recipe and decorate your pie crust to look just like the neighbor’s such that his dinner guests routinely show up at your doorstep to dine with you rather than down the street.

Now, if the neighbor became so upset and sued you for trademark infringement, alleging tarnishment and blurring of his brand of pie, you might be able to defend yourself by arguing your pie is different from his pie. Even though they smell similar, they look different. But doing so requires effort from you to convince a judge or jury of that fact. What if you had a way to skip that step in a lawsuit? What if you had a trademark registration for your cherry pie? That might do the trick. You could essentially short-cut the litigation effort you would otherwise have to do in a suit and would completely avoid any liability to your neighbor. (Interesting side note: there are actually such things as pie shields!)

So what’s a baker to do? Simple: register the cherry pie trademark. The cost of securing (and maintaining) a trademark registration is far less than the cost of defending a claim of trademark tarnishment or blurring, plus you could enforce the mark if you ever needed to against other cherry pie bakers. So it’s a win-win.

The defensive utility of a trademark registration is found in the Lanham Act. The statutory defense is so broad that it actually encompasses both federal and state law (trademarks can be registered either at the state level or the federal level). It even covers common law and statutory law (e.g. Florida’s Trademark Statute). The full text of 15 U.S.C. Section 1125(c)(6), reads as follows:

“ownership . . . of a valid registration . . . shall be a complete bar to an action against that person [or business], with respect to that mark, that—(A) is brought by another person under the common law or a statute of a State; and (B)(i) seeks to prevent dilution by blurring or dilution by tarnishment; or (ii) asserts any claim of actual or likely damage or harm to the distinctiveness or reputation of a mark, label, or form of advertisement.”

There you have it. So even if you never plan on investing the cost of enforcing your brand against a competitor, a trademark registration can be a powerful way to do the opposite: protect yourself or your business from a competitor’s claim that you’re harming their business.

If you need to determine whether your trademark can be used to defend an infringement action, contact a lawyer who can review the specific facts of your case. Happy baking.