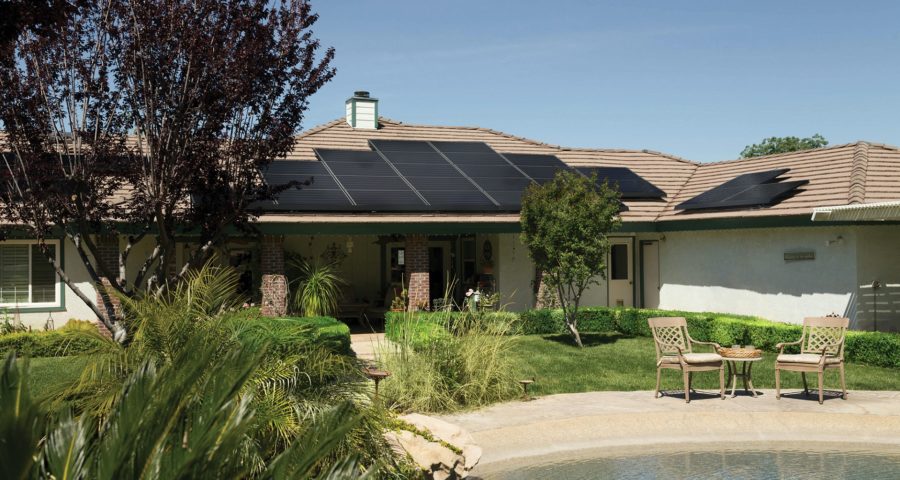 Solar energy production by individual homes is likely being thwarted by behind-the-scenes accounting at power companies and the market for solar panels.

What do I mean by that? Well, the economics of an individual homeowner to invest in a solar array for their home for a grid-tie system are driven essentially by two main financial considerations: (1) the cost of the system and (2) the value of the energy produced. No smart money invests in a project that is expected to lose money, or doesn’t provide a good rate of return or other non-financial benefits (and how each values non-financial benefits varies).

Anyway, for grid-tie systems that basically means you’re not “off grid” or independent of the power company. Usually, such systems consist of the solar panels and the inverter(s) plus wiring (and may include batteries).

OK, so let’s take a look at the value of the energy produced, and how that relates to the power company.

In Florida, the state legislature passed a law requiring what’s called “net metering” which means the power company “pays” (offsets, really) the owner the same rate that it charges per kilowatt hour (kWh). It’s really simple for someone who consumes more power than their array can produce because it offsets their own power consumption and therefore it’s pretty easy to calculate the payback on the investment in the array. Your rate is fixed (at least for a while, until the tariff is updated), and if you know what your average consumption is over a year, you can project what the return on your investment will be. Where things get tricky is when you install an array that produces more energy than you consume. Such people are called net producers, and the economics of their arrays are much different.

Value of Energy Part 2: What the Power Company Will Pay You for Excess Energy

So if you’ve installed an array that is capable of producing more energy than you consume, congratulations! You’re helping diversify the power grid to make it more resilient against outages. In theory this is one of the primary benefits of having lots of homes with solar arrays (I won’t get into the secondary benefits, such as lowering heat irradiated into one’s home). But after you’ve crossed the threshold of producing more energy than you consume, what the power company will pay you (actually, it’s your neighbors and businesses who are paying you) for that production drops precipitously. At least under current rules. It also makes analyzing the return on the capital investment in a solar project more difficult.

In essence, the power company is supposed to pay you the same rate as its own cost of generation. On the surface this seems fair. You don’t have to pay for the infrastructure needed to deliver your excess energy to your neighbors, so you shouldn’t be compensated for that cost of delivery because you’re not delivering power, you’re just producing it.

This is where the behind the scenes dirty-little-secrets come to light. When you look at the COG-1 rate schedule, you will see that TECO calculates it through a number of different parameters, including “system load,” “fuel costs,” the “Company’s own production cost,” “interchange sales,” “Standard Tariff Block,” and “supplemental fuel.” It does this calculation on an hourly basis because, not surprisingly, energy consumption varies over the course of a day.

And if you assume a fuel-based cost of production, that’s fair because how much fossil fuel is used to produce energy is proportional to the power generated. But what’s not fair is that what TECO charges homeowners for power they consume doesn’t vary. So what gives? Why does TECO get to charge a fixed rate for power they deliver, but pay a varying rate to solar producers?

Well, the cynic in me says that’s the result of either poor regulatory oversight, normal capitalist drive, or a combination of the two. The problem is that power companies are what’s called a natural monopoly. That’s why they’re regulated and not a purely private for-profit entity. (Though they do earn a “reasonable profit,” it’s just capped.)

For purposes of this post, we’re not going to get into the nitty gritty details of the COG-1. What matters is that the equation used by TECO to set the rate it pays homeowners for excess production is variable and, most importantly, related to “fuel” costs. But did you know that TECO is rolling out billions of dollars in new solar infrastructure? The natural question then arises about how that affects the rate it will pay homeowners because it’s becoming less dependent on fossil fuels, generating more energy from solar, and therefore the rate it pays homeowners is becoming less appropriate.

My prediction is that at least part of what’s happening at TECO board meetings in middle and upper management is that they’re talking about ways to reduce or keep the COG-1 rate as low as possible. That’s a normal capitalist goal. They don’t want to compete with thousands of other micro-producers (homeowners with solar). But it’s an issue we should be aware of and how that may affect homeowner solar investment.

As far as I can tell, when TECO builds solar, its “fuel costs” go down according to the equation it uses in its tariff. That means it can pay net producers less under the COG-1 rate (as it’s currently defined) the more solar it builds. So it’s no surprise that it’s building solar all the while not updating the COG-1 to reflect its mix of energy sources (fossil fuel vs. solar). And perhaps ironically, to support is solar building spree (on which it is allowed to earn more profits), it is passing along those infrastructure costs to consumers, with rate hikes for most homeowners increasing by 25%.

In my view, this build-out of solar by TECO should likewise cause the COG-1 rate to be revised; it shouldn’t be tied to fossil fuel production only. In a pre-solar world, that made sense. But no longer. In essence, homeowners should be on equal footing with the power company when it comes to building solar. But they’re not due to how they’re reimbursed for excess production.

If your bill is going up 25% to pay for TECO’s solar arrays, then perhaps the COG-1 should increase by 25% as well to pay for homeowner’s arrays.

Besides a mismatch between what TECO is charging for green energy and what it will pay homeowners for their production of green energy, a second issue also arises with more power companies getting into the solar game.

Are you planning on building a huge solar farm with megawatt production capabilities? Probably not. That means that your purchasing power is FAR less than the power company, which can negotiate directly with equipment manufacturers for rock bottom prices. On the one hand, that should be a good thing because it means that the cost of energy to consumers is lower (but note the misaligned higher-profit-the-more-we-build issue). But on the other hand, that also means there isn’t parity between the power company’s “cost” of production and your cost of production. Stated differently, individual homeowners will always pay more per watt than the power company to build solar.

So even if the “cost of generation” paid to excess producers were changed to reflect what the power company paid on a per-kilowatt basis, the economics will mean fewer homeowners will make the investment, or build smaller arrays so that they’re only offsetting their own consumption rather than becoming net producers.

Prediction: Your Bill Goes Up and Fewer People Install Solar

My prediction is that the net result of the current regulatory structure will put further downward pressure on homeowners to make the investment in solar. It just doesn’t seem economically feasible when you’re competing (unfairly) with the power company. Perhaps the theory of natural monopoly must change to a more diversified power generating competitive market, while the distribution of power remains truly a monopoly. Then again, for a homeowner to sell their excess power to neighbors necessarily requires they go through a monopolist power company, who in turn negotiates the rates that energy consumers pay. It’s definitely complicated, and no easy answers yet. But we should be thinking about how the antitrust law applies in these new realities.

As Homer Simpson once remarked about his decision in the moment versus what the consequences of that decision will be: “That’s a problem for future Homer.” It’s a statement apt for all current discussions about solar power generation. Why? Because solar panels won’t last forever. So what are we going to do in 20 or 30 years when hundreds of thousands (millions?) of panels must be removed and decommissioned? Are they going to be landfill? Recycled? Recycling sounds appealing and easy, but the silicon (yes, it’s SILICON, not silicone with an -e) in panels includes heavy metals that don’t break down naturally in the environment, and there are no good economic incentives to recycle. It’s rather ironic that environmentalists strongly advocate for solar and certain green energy, but yet the environmental impact of the infrastructure is hardly mentioned; it’s only a discussion about the benefits of reducing fossil fuels. Life isn’t that simple. So a full and honest discussion would include a holistic assessment of impacts, including reduced fossil fuel dependency, new “green” infrastructure manufacturing costs, the cost of installing such infrastructure, and the cost of removing, replacing, and recycling such infrastructure. It seems to me that the best solution humans have yet devised for energy is nuclear fission–all aspects being considered. Nothing’s perfect, but nuclear seems like the best thing we’ve come up with so far. Now if we could just get nuclear FUSION working, that would be a giant leap forward.