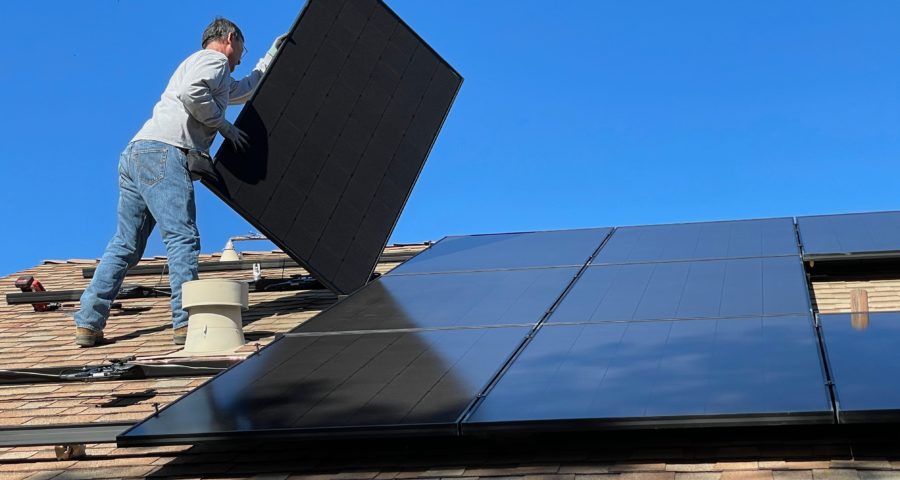 What’s behind the two cents per kilowatt-hour that TECO pays to people who produce more energy than they consume (so-called net producers)? Profiteering, based on my analysis. TECO appears to earn a 50% profit from net solar energy producers (even at current net metering rates) because its two cents “cost of generation” does not reflect the real cost of clean energy production.

UPDATE: I originally had this as a single post, but decided the analytical background was too much, so I moved it to its own post. You can read that here: Background On Net Metering: TECO Rate Schedule Analysis

TLDNR: Tampa Power appears to profit off homeowners that produce more solar energy than they consume (net producers) by paying less than the fair market rate for that clean energy, and reselling that energy to its customers at full rate. Power companies are supposed to be limited in their profit margins, and a 50% profit margin is well in excess of the approximately 12% margin the public service commission approves.

Let’s take a look at the real cost of producing a kilowatt hour of solar energy. To keep the math simple, I’ve made some presumptions, based in part on PVWatts output estimates and didn’t account for the reduced output of panels over their lifetime.

If I’m a DIY’er, the cost of a 10kW system (TECO’s maximum array size under Tier 1) is about $15,000 with a grid-tie microinverter setup on a rooftop with racking, wiring, and production monitoring. I haven’t included any tax incentives here, because it’s unclear to me whether power companies enjoy the same incentives (I suspect they do). PVWatts estimates my annual output in Tampa, Florida at about 16,000 kWh. The panels and inverters have an estimated service life of maybe 25 years (20 to 30). So, the total lifetime energy production from this array would be 400,000 kWh. That yields a per-kWh cost of 3.7 cents without accounting for (presumably negligible) cleaning and tree trimming maintenance. But that’s for a do-it-yourself’er without accounting for the cost of labor to install the system. For most people, they’re going to pay a contractor to install their system. I would estimate that cost, at retail prices (i.e. the contractor’s price of labor and equipment) to be roughly double. So, the retail solar consumer buying a 10kW grid-tie system might expect a cost of $30,000, and the corresponding per-kWh cost is then 7.5 cents. This back-of-the-envelope calculation is actually less than the Federal Government’s reported production cost of 12.8 cents per kWh for residential solar, as of 2020. And for utility-scale production, the levelized cost of electricity (LCOE) is 4.6 center per kWh. So what does TECO pay for homeowner solar energy production?

If we go a step further, it becomes apparent that TECO likely profits from net producers because it isn’t paying them the fair market rate of green energy production. That’s because it charges its energy customers its full cost of production, including its solar (capital) projects, not just the ongoing fuel-based energy cost. Remember, the average homeowner’s electric bill is going up 25% to pay for all of TECO’s new solar farms. Yet there doesn’t appear to be any revision to the COG-1 rate schedule. So the profit margin TECO may earn from homeowner net producers might be 50%–meaning TECO may actually earn fifty percent profit on its resale of your solar energy to its other customers! So why would anyone in their right mind invest in an oversized solar array when this kind of game playing is going on?

Now the above analysis is overly simplistic, but it’s all I had time for without really getting into the nuances. If the Florida PSC or TECO has anything to say about this topic (or any of the solar advocacy groups), why I missed something important, or otherwise, they’re always welcome to chime in.

A further thought came to mind while writing this post. While I’m not an electrical engineer, I seem to recall from college physics that power created and delivered locally is less costly than transmitting power over long distances. Transformers are needed to change the voltage for transmission (high voltage has less resistance). So when homeowners are producing energy and supplying it to the grid, it should (I think) be consumed in the local area. The power company is sending less energy to a neighborhood whose net consumption is less because it’s being offset by some homeowners’ production. Applying that principle more broadly, it seems to me that the more distributed production is, the lower the cost of transmission since it should be consumed close to where it was generated. This is a good thing, and should make the grid more resilient to outages.

So how does that get accounted for in what the power company pays to net producers? Happily, it does. This is where TECO calls it “adjustment factor for line losses.” It seems almost improbable that in a given neighborhood of say 300 homes that there’s a net production. That’s because not everyone has solar, and very few of those that do are net producers. Yet despite that efficiency of local production + local consumption, the power company still charges end consumers who benefit from their neighbors’ solar production the full distribution cost as though all their energy originated from outside the neighborhood. A slight gotcha in the residential rate for people who don’t have solar and benefitting TECO, but not harming net producers.

Where does all of this lead us? Well, it should be apparent that the regulators need to ensure they’re fully addressing the big picture on this growing issue. More people want to invest in solar, but the economics just aren’t panning out. Yet we’re all likely to be forced to pay for TECO’s solar builds by 25% rate hikes while TECO gets away with not paying individual net producers the same rate reflected by the higher cost of renewable energy. Perhaps the Florida Public Service Commission would do well to ensure the COG-1 rate schedule is updated to reflect reality and ensure that Florida homeowners are on equal footing with the power companies. Perhaps a renewables COG rate and a fuels COG rate–each being set according to the costs of production, which TECO would then pay to the co-generator according to the type of power being supplied.

What would also be interesting is to find out if TECO claims any federal tax benefits for net solar producers. That would further increase its profiting from homes that have large arrays installed.