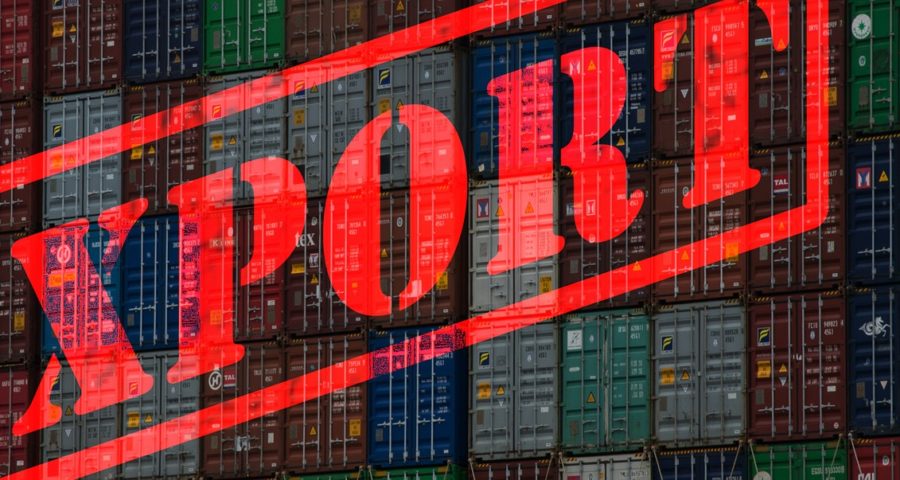 The Supreme Court opens the door for collecting lost profits and royalties on patent infringement that occurs beyond U.S. borders.

What if you have a U.S. patent, and a competitor makes some of the parts to your patented product in the U.S., but assembles them outside the U.S., say in China or Europe? Let’s assume your patent does not cover the parts, just the overall product. Is the competitor infringing your U.S. rights? Can you sue them for infringement and recover damages, even though the competitor’s profits were earned outside the U.S.? The short answers are yes and (as of today) yes.

Making Parts in the U.S. and Shipping Them Abroad

U.S. patent law generally only covers making, using, or selling a patented invention within the United States. That means if your invention consists of parts A, B, C, D, and E, infringement generally only occurs if the whole device (comprising A+B+C+D+E) is made, used, or sold in the states. 35 U.S.C. Section 271(a). But infringement can also occur if someone imports and offers to sell just a single component of the overall invention. 35 U.S.C. Section 271(b). So if a competitor makes and offers to sell just part C in the U.S., and part C is really only used in the patented device (i.e. isn’t used for some other non-infringing purpose), then they’re probably liable for contributory infringement. But what if a competitor is making part C in the U.S., but not selling it here? What if they’re just making it and exporting it to sell outside the U.S.?

U.S. patent law covers that situation too. Section 271(f) defines infringement as supplying either “a substantial portion of the components of a patented invention” or “any component of a patented invention that is especially made or especially adapted for use in the invention.” In simple terms, that means if someone makes a part that is specially designed for use in the patented device—even if that part isn’t sold or used in the U.S.—they are liable for infringement.

That was the dispute in WesternGeco LLC v. ION Geophysical Corporation, which the Supreme Court decided today. WesternGeco owned several patents for a geological surveying machine. ION made some of the parts for that machine in the U.S., but exported them to foreign countries where the complete patented could be assembled. WesternGeco then sued to recover the profits made by ION on its sales of the machine outside the U.S. Essentially, WesternGeco sued ION for profits it made in foreign countries, not its U.S. profits since ION wasn’t making profits in the U.S.; it was just making some parts.

Damages for Exporting Parts of a Patented Device

The essential result of the decision (reached by seven of the nine justices) was that yes, a U.S. patent owner can sue another company that makes parts in the U.S. that are used in the owner’s patented technology and the owner can recover damages for that infringement, including the infringer’s profits earned outside the United States. So how does this decision impact U.S. companies and patent owners?

If you’re a patent owner, you should monitor if your technology is being used or copied abroad, even if you don’t have a patent there. Many U.S. patent owners can only afford a U.S. patent, and forego protecting their technology in other countries (that can get really expensive). So if you have only a U.S. patent, you might be able to sue a competitor for infringement that occurs in other countries. Section 271(f) extends your rights abroad, but only if certain conduct occurs in the U.S. The key is to determine if any of the parts of your (U.S.) technology are being made here in the states. If that happens, then you might be able to sue that manufacturer for infringing activities that are occurring in other parts of the world, even if you only have U.S. patent protection. (Remember, patent rights are country-specific.)

If you’re on the other side of that situation (a company seeking to use U.S. patented technology in countries where there is no patent protection), you would be well advised not to have any of the parts in that technology made or sourced from the United States. Doing so may expose you to liability for Section 271(f) infringement, and thus you may lose any profits you may earn on that technology. So the key for a “competitor” would be to ensure all parts for a U.S. patented technology are manufactured and sourced outside the United States. Basically, don’t do anything in the U.S. that could be related to the U.S. patent.

If you have questions about enforcement of your patent rights, or avoiding infringement liability, contact me. If you want to hear my thoughts on how the Supreme Court reached its decision, read on.

In his usual style, Justice Clarence Thomas penned a short opinion getting right to the point. I always appreciate his brevity when so many justices today write pages upon pages of unnecessary garbage (Supreme Court opinions were not always so long winded). In any event, the majority quickly applies the second step of the “extraterritoriality” test to reach the commonsense conclusion that making a part in the U.S. is domestic activity. That’s the purpose, goal, and plain text of Section 271(f). And the majority rightly conclude that conduct under (f) is patent infringement, just as Congress intended. Consequently, the damages allowed to a patent owner under 35 U.S.C. Section 284 are available, including a reasonable royalty.

Perhaps the most disappointing thing in the majority’s opinion was the poor response to Gorsuch’s argument. Justice Thomas simply concludes that Gorsuch and Breyer’s argument “wrongly conflates legal injury with the damages arising from that injury.” But that’s not really the right response.

What I think the better response would have been a direct and succinct rebuttal: “Their position wrongly concludes that making a part intended for use in a patented device abroad is domestic activity and patent infringement by the plain language of the statute.”

Justice Neil Gorsuch, together with Justice Stephen Breyer did not agree with the seven-member majority. Unfortunately, they’re both very wrong. He makes much of some old (i.e. pre-271(f) amendment) case law interpreting infringement to occur only within the U.S. His citation to cases decided in 1857 and 1876 offer no support. They were decided long before Congress enacted subsection (f), which sought to close a loophole in U.S. patent law that arose after Deepsouth Packing Co v. Laitram Corp., 406 U.S. 518 (1972).

Gorsuch’s concern that the majority’s decision “would effectively allow U.S. patent owners to use American courts to extend their [rights] to foreign markets” is simply untrue. If there is no activity in the U.S. related to infringing a U.S. patent, then there’s no infringement. It’s that simple. When a company makes a part specifically for a patented device in the U.S. and then exports that part to another country, that’s infringement. The lesson is straightforward: If a company doesn’t make the part in the U.S. and all of its activity is completely outside the U.S., then there’s no infringement of a U.S. patent. But once a company does something in the U.S. that is related to an infringing activity (e.g. importing or exporting parts for use in a patented device), they’re liable. They don’t have to fall within the direct infringement conduct of 271(a). (The only exception to that broad statement is contributory infringement under Section 271(b), which the court decided in Limelight Networks v. Akamai Technologies, 572 U.S. ___ (2014)).

So if Gorsuch and Breyer conflate anything, it’s not injury and damages, it’s two different parts of the infringement statute.

In any event, Gorsuch’s concern about retaliatory laws enacted in other countries that seek to hold U.S. companies liable when they manufacture an infringing component in that country would be a fair exercise in their national sovereignty. The lesson for all is clear: If you’re going to manufacture a part whose sole purpose is for use in someone else’s patented technology, you better make damn sure you’re not exposing yourself to infringement liability.

The full opinion of the U.S. Supreme Court can be found here.