Recently, it also invalidated the “immoral” and “scandalous” sections of the trademark statute, thus leading the way to registering porn and hate speech trademarks.
On June 19, 2017, the U.S. Supreme Court invalidated part of the federal trademark statute commonly referred to as the “disparagement clause,” found at 15 U.S.C. Section 1052(a). The court’s decision spawns some interesting questions, such as “Are there any decency limits on what you can trademark?” and “Can you trademark hate speech?” The answer now most likely depends on whether the mark is otherwise registrable. Get ready: obscene and hateful trademarks may be coming to a store near you.

Before we can even analyze the questions, one must consider the basics of trademark rights. To register a trademark, the first issue is whether it is sufficiently distinctive. Generally, one cannot register a trademark that is generic or merely descriptive. Rather, it must be “fanciful” or “arbitrary.” For example, one could not obtain a trademark of “SHELF” for wooden bookcases, but one might be able to register “STORMASTER.”

With pornographic trademarks, the requirement of “fanciful” sounds a bit soft-core, while “arbitrary” seems rather sci-fi fetish. OK, joking aside, I have no doubt the creative minds behind the dark web of depravity have ample room to spawn all new manner of filth that would pass muster under this legal requirement. Hate speech, on the other hand, may find it more difficult to satisfy the distinctiveness element.

The second step in securing a trademark is use in commerce. In the context of hate speech, it is perhaps a bit difficult to think of a commercial scenario for a mark or logo that someone might consider hate speech, since presumably (I hope) the majority of the public rejects such offensive words or slogans. Yet undoubtedly there is a certain segment of consumers who would find such speech appealing, and may positively associate certain goods with such words or logos. The Matal court even observed that, prior to its decision, the “market is well stocked with merchandise that disparages.” As for porn, do I even need to bother talking how much interstate commerce occurs in this area?

Looking closely at the disparagement clause, the Supreme Court found Section 1052(a) far too broad in its reach. It concluded that it did not pass strict scrutiny, observing that it might prevent the registration of a hypothetical trademark that many would consider not offensive: “SLAVERY IS AN EVIL INSTITUTION.” It thus invalidated the trademark disparagement clause on First Amendment grounds, holding that the U.S. Patent and Trademark Office cannot reject applications based upon immorality, disparagement, contempt, or disrepute because “[s]peech may not be banned on the ground that it expresses ideas that offend.”

Speech may not be banned on the ground that it expresses ideas that offend. Click To Tweet

As a result, the first half of Section 1052(a) no longer applies to an applicant seeking registration of a trademark that might be “immoral, [] or scandalous” or that which might “disparage . . . persons, living or dead, institutions, beliefs, or national symbols, or bring them into contempt, or disrepute.” So what are the consequences of the Matal decision? Can you now trademark hate speech? How about sexually explicit logos?

Could someone trademark hate speech? What if, for example, a certain fast food chain adopted a well-known racial moniker for its image?

Would that logo be a protectable intellectual property asset? Assuming it met the distinctiveness and interstate commerce requirements, probably yes. Interestingly, even the Supreme Court suggested hate speech could be protectable: “Speech that demeans on the basis of race, ethnicity, gender, religion, age, disability, or any other similar ground is hateful; but the proudest boast of [free speech] is that we protect the freedom to express ‘the thought that we hate.’ “Thus, in an indirect way, the court may have green-lighted hate speech in the business context—and giving at least some protection to those commercial endeavors where the speech is viewed as hateful. But the high-minded need not fret, since the final result in a hate speech based trademark dispute would be a lawsuit against another like-minded hate peddler, and would likely not affect mainstream consumer goods or services.

Further, the market for such goods and services is probably so small that, even if someone could register an offensive trademark, the damages flowing from infringement may be negligible, and thus the incentive to invest in a trademark application may be minimal. 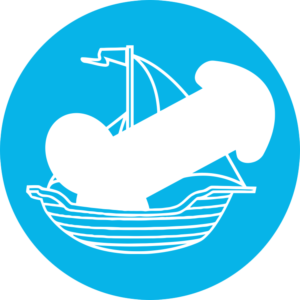 UPDATE 12-15-2017: The Court of Appeals for the Federal Circuit issued its opinion in In re Brunetti 877 F.3d 1330 (Fed. Cir. 2017), approving trademark registrations for sexually explicit products and services. It followed the Supreme Court’s application of the First Amendment free speech right to also strike down the “immoral and scandalous” component of the disparagement clause (15 U.S.C. 1052(a)).

UPDATE 06-24-2019: The U.S. Supreme Court affirms Brunetti, and holds that the immoral and scandalous portion of the trademark statute that prevents registration of such marks is unconstitutional under the First Amendment on the basis of viewpoint discrimination. Iancu v. Brunetti, __ U.S. __ (2019).