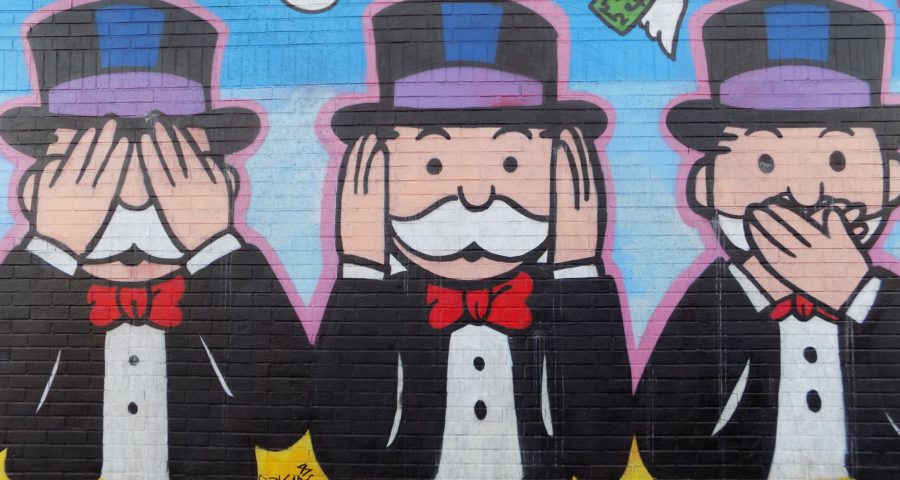 My ire with technology companies is well-known to my wife, who hears me scream expletives whenever I encounter inane, self-serving crap peddled (forced) on paying software customers. It’s abhorrent. Microsoft, Facebook, Adobe, all of them. They all do it because it’s part of the software development culture now. It wasn’t always this way. As one example, Windows keeps adding back One Note as a printer every time there’s a Windows update. I never print to OneNote. So to get a clean list of printers in my applications, I have to go into the control panel and delete the printer manually. Every time. I can’t turn it off permanently.

This time, Microsoft has decided it knows better than science and better than its users. It’s chosen to forcibly re-create the look of its Office product to be more consistent with Windows 11 look and feel. But what if I’m not running Windows 11? What if I don’t want your stupid, poorly thought out, productivity killing, and contrary-to-science and “new look”?

First, I needed to find out exactly what that “new look” meant before I decided to install the update. Microsoft doesn’t even explain this change on its summary of the update. It just says “The new visual refresh is modern and new, designed to make it simple, intuitive, and seamless experience across all your Office apps.” Great, that’s a whole lot of useful information to help me decide if I want your update! Now I can make an informed decision! Er, wait, that’s right, I don’t really have a say because it gets forced on me. No wonder Microsoft doesn’t bother to detail what the changes are. So I had to look elsewhere for the information.

One website hit the nail on the head, saying that Microsoft’s new look update is garbage. There, I could see how the new look would actually appear without accepting the update (and being unable to roll it back easily). And gladly, they had some insightful commentary on the appearance, which I wholeheartedly agree with–both the visual cue and the quick access toolbar (“QAT”) and the styles gallery. I happen to hate the “Ribbon” (another “feature” that was forced on us about 14 years ago; not better!), and I hide it while customizing the QAT with the just items I use the most often together with custom macro commands.

What is the new look? Well, first, Microsoft decided to make the default color scheme on the windows of its Office products more uniform across the applications. Not better!

The “old” Office had a clear color scheme to correspond to the various applications. This was (is) really useful. Word is blue, Outlook is a slightly different shade of blue (changed from yellow, another example of a stupid change), Excel is green, and so on. Here is the Office 365 and 2019 Word window, or at least the window prior to the mid-2021 update. Notice the nice blue color at top of the window, immediately providing visual confirmation to the user of what window they’re looking at:

That visual cue is vitally important for anyone running and switching multiple applications (ie., multitasking).

But now, that visual cue is completely gone in the latest update. Here’s the “new” and “improved” window, without any clear color for each application, which is relegated to the icon in the upper left-hand corner only (image courtesy of Office Watch):

Why? Why would Microsoft do away with this really usable visual information? I suspect it was some middle management or other executive who, by fiat demand, said they wanted it that way. Almost certainly there was no groundswell demand by Microsoft’s customers to make this change. Oh no, it was all self-serving Microsoft crap. And it’s not better. Why? Because it’s been well-documented that color helps people identify objects in their environment. That’s why our street signs have certain colors that DON’T CHANGE simply because someone thought it would look prettier to have them uniformly colored.

The worst part is that Microsoft wants to force this stupid change onto its paying customers (like me) without any way to decline that update or turn it off. At least for the window color, our Microsoft overlords provided a way to go back to the “colorful theme” in the options menu. But that’s not the case for the QAT or the styles gallery. We’re supposed to take it and shut up.

Besides the theme change, the other productivity change (again, documented by Office Watch) is to the QAT. They, and I agree, that this is Microsoft corporate agenda–users’ preferences and how they actually use the software be damned. There’s no way I’m going to let Microsoft ruin my efficiency and productivity. With one click on a custom macro I added to the QAAT, my documents are saved as a PDF, ready to file with the court or send to clients or opposing counsel.

Turn off the yellow update banner

So what happens when Microsoft kills an essential productivity feature? People like me say no thank you to the update. But it’s not that easy. You have to continually tell Microsoft you don’t want it. Microsoft really wants to you update, and so forces a yellow banner to appear every time you open one of the Office applications, reminding you that Microsoft, with its ever-present power over YOUR product after you bought it, wants to change it. It’s like buying a car, and two years later General Motors wants to take it back and paint it a different color! PEOPLE DON’T WANT THAT! So stop it. Just stop.

Are you listening Microsoft? You say you are, but no, of course you’re not–that’s just lip service–because you’re a monopolist, and you’re not shy about exercising monopoly power. It’s sick.

Anyway, I bought the full retail version of Office 2019 for the very reason that I didn’t want Microsoft screwing with my software or paying a monthly fee. Stability of the interface and the software’s overall functionality is vital to my efficiency. Who wants to re-learn their software every quarter after a new feature is pushed on them? Not me. All those “user experience” people I don’t want monkeying with my product that I bought. Leave it alone. In fact, I don’t even want you to give me any new features. I bought the retail version, not the 365 extortionary, updates-all-the-time version. Fix the bugs and provide security patches, that’s it. You know, how software used to be, before corporate management know-it-alls acquired power. But Microsoft, as many software monopolists do, has after-the-sale control over your product in every way. It’s all about power over you, you little peon who doesn’t know better. It knows best. So shut up and take it. What arrogance.

So, I embarked on a thirty minute journey and some experimenting with registry entries to prevent the “Updates Available” banner from appearing in each Office application every time I open it. The following registry entry will get rid of it:

Note that the “null” value simply means it should be blank. Stated differently, just delete the number that’s there and click OK.

There, now I have control over my software again. No more yellow update banner. The sad part is that is that these kinds of updates may be tied to security updates. So if one declines a features update, they may not get security updates. I may have to periodically monitor for security updates. This is where congress should step in and start regulating monopolists (or more accurately, oligopolists) to require them to separate out security updates from other non-security updates and empower users to decline so-called “feature enhancements” and other crap they don’t need or don’t want.

Featured image of this post courtesy of BP Miller on Unsplash.